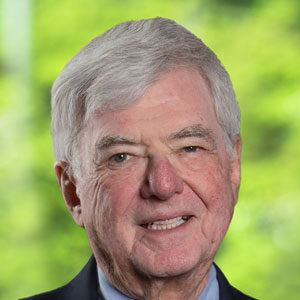 Dr. Poretz has received the Vicennial Medal from Georgetown University Medical School, The Inova Fairfax Hospital Pinnacle award for exceptional leadership in medical education, research and clinical medicine, Alumnus of the Year award from the Medical College of Virginia in 2011 and The Barry Strauch, MD Endowed Lecture Award at INOVA Department of Medicine. He has served as a consultant to the NFL on MRSA infections and was enshrined in the Leon G. Smith Infectious Diseases Institute Hall of Fame at St. Michael’s Medical Center in Newark, New Jersey. He is consistently voted by his peers as one of the outstanding Infectious Diseases physicians, as published in The Washingtonian Magazine, Northern Virginia Magazine and The Best Doctors in America. He was awarded the “Clinician of the Year” in 2004 by the Infectious Diseases Society of America and received the John P. Utz leadership award from the National Foundation for infectious disease in 2007. 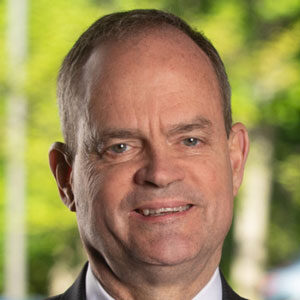 Dr. Wheeler joined IDP in 1996 after directing the Adult HIV Program at the University of Maryland and currently serves as the managing partner for the practice. He received his undergraduate and medical degrees from the University of Virginia, where he earned the Outstanding Medical Student citation upon graduating in 1982, and was a member of the Alpha Omega Alpha medical honor society. He completed his internal medicine residency at the University of Colorado, where he was selected as an outstanding teaching resident. He completed his infectious diseases fellowship at the University of Maryland, where he focused on the treatment of the emerging epidemic of HIV. In his role as IDP’s managing partner he works closely with his fellow physicians and staff to ensure excellent, attentive service to all patients and referring physicians, as well as continuing to evaluate the best models of providing care.

Dr. Wheeler is Professor of Medicine at Virginia Commonwealth University. In that role he participates in the training of young physicians in both the hospital and office settings. He is a fellow of the American College of physicians (FACP) and a fellow of the infectious diseases Society of America (FIDSA).

Dr. Wheeler works in the hospital, office, post-acute and clinical research settings. Within the specialty of infectious diseases, he has a particular interest in the treatment of chronic viral infections, including HIV and hepatitis. He has been a leader in HIV treatment in the Washington metropolitan area for the last 20 years. In addition to local, national, and international speaking, he has published in journals including Infectious Diseases in Clinical Practice, Clinical Infectious Diseases, the Journal of the American Medical Association, and the Journal of AIDS. He has been recognized by his regional peers as a Washingtonian Top Doctor.

Dr. Wheeler was raised as a young child in a diplomatic family and lived in several countries in Latin America in his early years. He is fluent in Spanish and conversant in Portuguese. Spending his teenage years in northern Virginia, he returned to raise his own family in a neighborhood near where he grew up. Since his return to the Washington DC area, he has continued collaboration with infectious diseases physicians throughout Latin America, particularly in Central America, on educational and training activities. He has also been involved in projects linking community groups to HIV treatment programs in Africa, the Caribbean, and Central America. 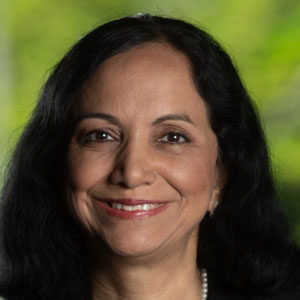 Dr. Ambardar joined IDP in 1998. She received her undergraduate degree from Johns Hopkins University and her medical degree from Temple University School Medicine in Philadelphia, Pennsylvania in 1990. She completed her internal medicine residency at the Washington Hospital Center and her Infectious Diseases fellowship at George Washington University hospital. She has been in private practice in Northern Virginia and an attending physician at Inova Fairfax hospital since 1998.

Dr. Ambardar chairs the Infection Control Committee at Inova Fairfax medical Center and is the Medical Director of the Antimicrobial Stewardship Program. She also chairs the antimicrobial subcommittee and is a member of the Inova Health System P&T Committee. She has presented at Inova Fairfax Hospital Grand Rounds on various topics and has participated in several studies and publications. She has been honored as a Top Doctor by Washingtonian Magazine.

Dr. Ambardar provides travel health care services assisting people who travel abroad with consultations on different infectious diseases prevalent around the world. Practicing through the IDP sister company, Travel Health Services of Northern Virginia, she provides clients with guidance on recommended immunizations, prophylactic medications, and follow-up care if needed upon return. She also serves as the managing director for this important service provider. 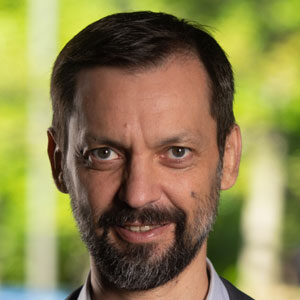 Dr. Delman joined IDP in 2011. He received his medical degree from SUNY Upstate Medical University, Syracuse, NY in 2004. He completed his internal medicine residency and infectious diseases fellowship at George Washington University Hospital in Washington, DC. Prior to joining IDP, he practiced in northern New Jersey where he received the Teaching Attending of the Year Award from the residents of St. Barnabas Medical Center, Livingston, New Jersey.

Dr. Delman is board certified in both Internal Medicine and Infectious Diseases. He concentrates on the inpatient consultative aspects of IDP’s clinical care and works effectively with Inova Fairfax Medical Campus medical staff and medical students. In this capacity he has been recognized with the Attending of the Year Award, Sub-specialty IM Residency, 2017 – 2018; and the Medical Educator of the Year Award, Podiatry Residency, 2017 – 2018. He also serves as the Medical Director of the Continuum of Care program with Inova Fairfax Medical Campus where he provides care for patients at nursing homes. 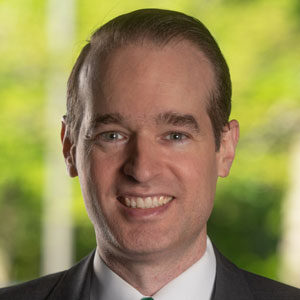 Dr. Swierzbinski is board certified in both Internal Medicine and Infectious Diseases. 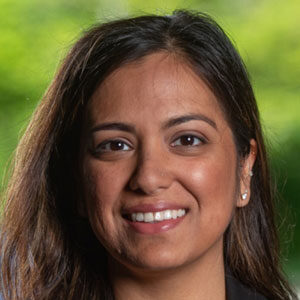 Dr. Jain primarily focuses her care as a consultant at the hospital as well as helping to manage patients at local nursing homes. She is involved with the Antimicrobial Stewardship Committee at INOVA Fairfax Medical Campus. She also spends time teaching Pharmacy residents and doing Stewardship rounds. Dr. Jain is board certified in both Internal Medicine and Infectious Diseases. 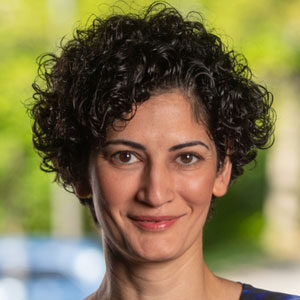 Dr. Dandache joined IDP in 2020 upon deciding to make Northern Virginia home for raising her young family. She received her medical degree from The Faculty of Medicine at the American University of Beirut, Lebanon in 2002. She completed her residency in Internal Medicine at the University of Iowa Hospitals and Clinics followed by her fellowship in Infectious Disease at New York Medical College in 2008. Dr. Dandache has been in clinical practice since 2008 and is board certified in Internal Medicine and Infectious Diseases.

Prior to joining IDP, Dr. Dandache held Clinical Assistant Professor of Medicine appointments at Case Western Reserve University/Cleveland Clinic Lerner College of Medicine, Department of Medicine and Ohio University Heritage College of Osteopathic Medicine. She is also a member of The Infectious Disease Society of America and The Society for Healthcare Epidemiology of America. She has been an active leader in hospital antimicrobial stewardship as well as medical student infectious diseases education throughout her career. She has a special interest in managing cardiovascular, cardiac device, and musculoskeletal infections. Dr. Dandache will be providing inpatient infectious diseases consultative services at Inova Fairfax Hospital. 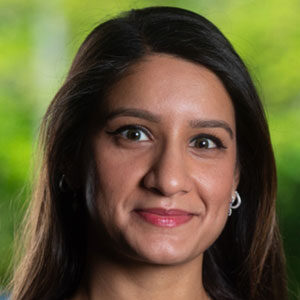 Prior to joining IDP, Dr. Patel was very active in medical education. She now serves as the director of the Infectious Diseases subspecialty rotation for the Internal Medicine residents at Inova Medical Center in Fairfax, Virginia.

Dr. Patel will be providing both inpatient and outpatient consultation for Transplant ID across the IDP practice. 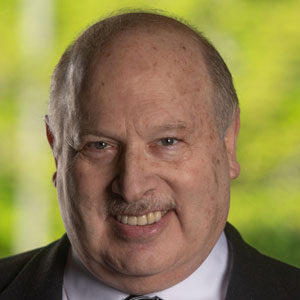 Dr. Reines returned to IDP in 2022 after first joining the practice in 1988 shortly after completing his Infectious Diseases Fellowship at Hackensack Medical Center in Hackensack, NJ. In 1990 he established an independent Infectious Diseases office in Alexandria, VA in affiliation with Inova Alexandria Hospital where he now continues his clinical practice with IDP. He received his undergraduate degree from New York University and his medical degree from St. George’s University School of Medicine, Grenada, West Indies in 1982. He completed his internal medicine internship and residency at Brooklyn Hospital, Brooklyn, New York in 1985.

Dr. Reines has been recognized as a “Top Doctor” in Infectious Diseases by Washington Magazine since 1993 and received the Alan Deutsch Outstanding Physician of the Year Award at Inova Alexandria Hospital in 2017. Among his many contributions to medical practice excellence at Inova Alexandria he has lectured on the recognition, treatment and control of the Ebola and Zika viruses. 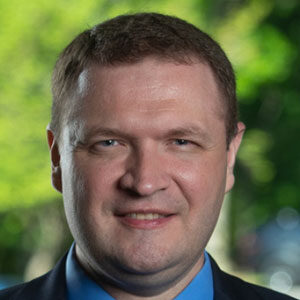 Dr. Semeniuk joined IDP in 2022 after completing his fellowship in Infectious Diseases at George Washington University School of Medicine and Health Sciences in this same year. He received his medical degree from O. O. Bogomolets National Medical University, Kyiv, Ukraine in 2006. He completed his residency in Internal Medicine at the University of Maryland Prince George’s Hospital Center in 2018. Dr. Semeniuk is board certified in Internal Medicine and board-eligible for Infectious Disease.

Prior to joining IDP, Dr. Semeniuk began his clinical practice in Ukraine participating in research, preventative medicine, and medical student education. After completing his residency, he did double duty as both an inpatient Internal Medicine physician and a primary and urgent care doctor for adults in the outpatient setting. At IDP, Dr Semeniuk is providing inpatient infectious diseases consultation and care at the Inova Fairfax Medical Campus and the Inova Alexandria Hospital. He is particularly focused on persons with HIV and compromised immune systems. Dr. Semeniuk is fluent in English, Russian and Ukrainian. 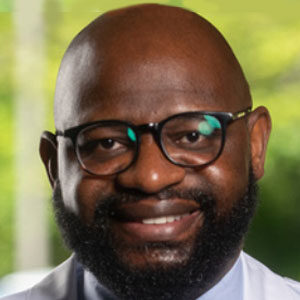 Ishmail joined IDP in 2015 to enhance the delivery of comprehensive and supportive care. He is degreed as a nurse practitioner and brings with him extensive nursing experience in the areas of community health, hospice, rehab and long-term care.

Ishmail received his nursing degree in 2010 and achieved the level of advanced practice nursing in 2015. Based on his training and experience, Ishmail is highly competent in executing pharmacologic and non-pharmacologic treatments and in patient education interactions. 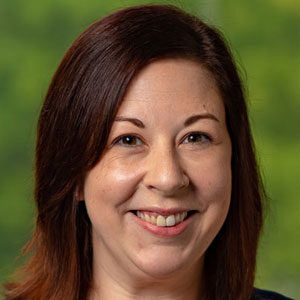 Amber joined IDP in 2017 to enhance the delivery of comprehensive and supportive care. She is board certified as a nurse practitioner and is experienced in independently assessing and managing the health care needs of patients with a diversity of medical conditions.

Amber received her nursing degree in 2010 and her Masters of Nursing Science (Family Nurse Practitioner Program) in 2017. Also, she is certified in Critical Care Nursing and Emergency Neurological Life Support. 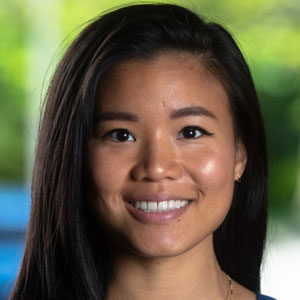 Bianca joined IDP in 2022 to collaborate with IDP physicians in delivering care for outpatients, nursing home residents, and inpatients. She is board certified as a nurse practitioner and is experienced in independently assessing and managing the health care needs of patients with a diversity of medical conditions.

Bianca received her nursing degree in 2018 and her Master of Science in Nursing (Family Nurse Practitioner Program) in 2021.